Shopping Cart
Your Cart is Empty
Quantity:
Subtotal
Taxes
Shipping
Total
There was an error with PayPalClick here to try again

Thank you for your business!You should be receiving an order confirmation from Paypal shortly.Exit Shopping Cart

Shop for Folk Fest items as well as specialty arts and crafts right here on the Folk Fest website.

The Country Store & Museum is located at the foot of Courthouse Hill and was built in 1890, becoming headquarters for the West Virginia State Folk Festival in 1973. This site is the soul of the festival.

The Country Store and Museum is listed in the National Register of Historic Places for the building itself and for the site's early merchandising. The store first began as Ruddell General Store, selling farm equipment, dry goods, and household items. When Mr. Ruddell moved to Parkersburg, WV, he leased it – the name became Arnold and Moss, with descendants of those men still living in Gilmer County.

Sometime in the 1920’s, the well-known Hub Department Store moved from Main Street into the building, which eventually specialized in high quality men's clothing. The store was run by Hyman Bass, then his son Charles, and finally Hyman's daughter, Cecelia Bass Nachman, and her husband, Max.

In 1971, Charles Ruddell and Mildred Ruddell Arbuckle sold the store to the Folk Festival. Before that time, The Country Store occupied a building on Bank Street, and it was the primary source of funds for the Folk Festival. Gradually, museum display items were added. When several craft stores opened in Glenville, it was decided the store would no longer be an outlet with consignment sales. There are cassettes and CD's of old-time musicians, Folk Festival t-shirts, candy, Festival calendars, wooden toys and other items in the sales area. The remaining store space holds not-for-sale displays of antique farm tools, toys, clothes, musical instruments, and household items.

Restoration and repair has been an ongoing process. About 1995, Don Kelble, Bruce Hathaway, Jim Bailey, and others started the replacement of sills and foundations. During the past several years until 2008, the Country Store was managed by Judy and David Brown. The restoration efforts are slowly being realized.

The Country Store Museum continues as a center for Folk Festival activities and archives. The store is opened for visitors when the town fills up for any reason and when requested for class tours. The lack of central heating keeps it closed in the colder months.

The Country Store during the Festival

The Folk Festival relies on sales at the Country Store to help support the festival's activities and publicity. Visit the Country Store for terrific bargains on CDs, T-shirts, and special items made by local artisans and crafters. 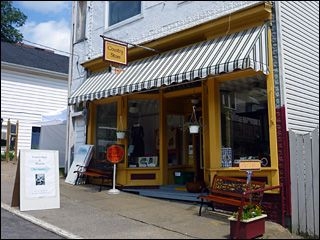 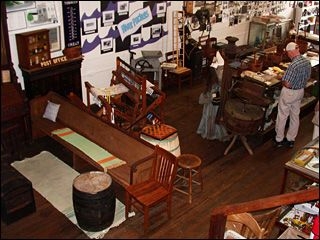 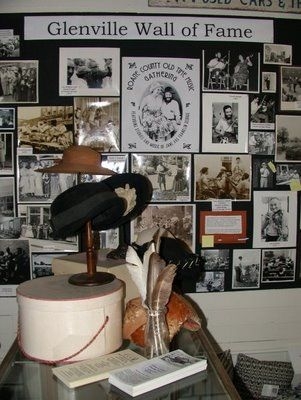 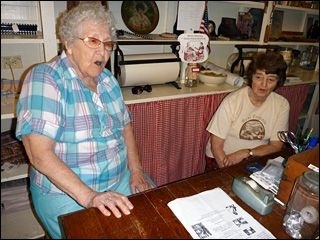 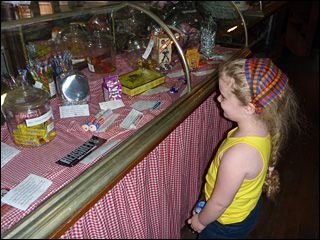 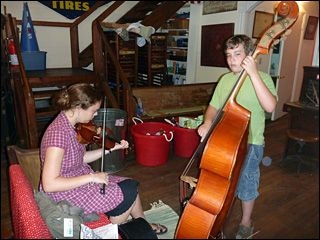